One of my highlights this week was definitely being treated to an evening of analogue technology! Daniel Williams is a composer working here in Dresden, whom I met during his work on ‘Der Flüchtige Körper’ which was performed here in Hellerau this week. Or as I know him now, the man with the gadgets.

We came to an equally beneficial agreement whereby I’d introduce him to my new improvising tools and explain how they could be wonderfully helpful for him and in exchange, he’d listen to some of the stuff I’ve been doing with Ableton and recommend how I could begin to transition over to the analogue electronics world.

I’ve always had a keen curiosity to move away from creating electronic music with a screen, but haven’t really had the bravery or the know-how. Thankfully I now have both. My one let down with digital electronic music is that it often requires a lot of work to get it to behave in a human and musically intuitive way! 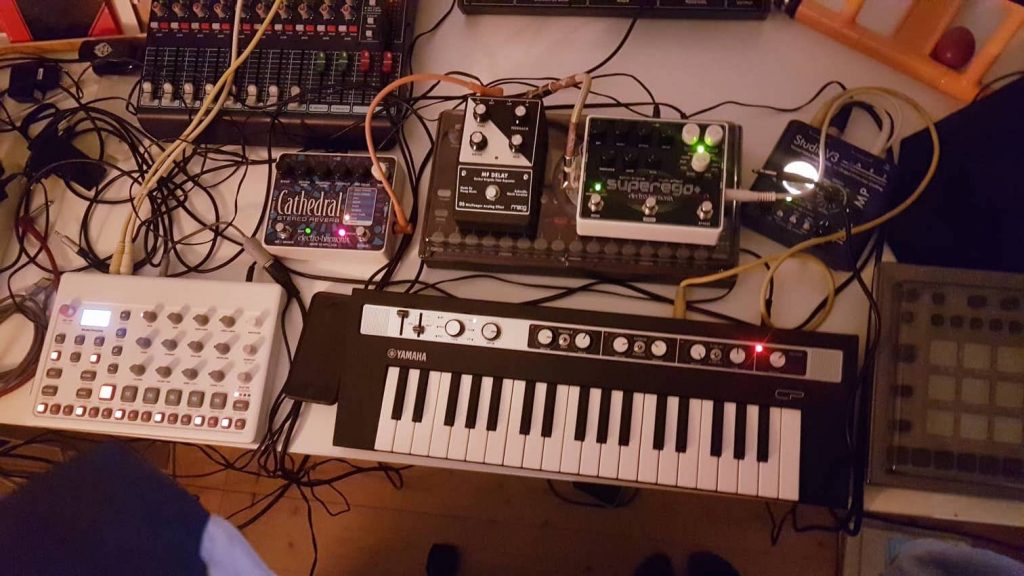 So I dived it and have spontaneously bought an Elektron Model Samples (the white box on the bottom left) because it seems to have a lot of scope to deal with fluid tempi in rhythm. It’s light, it’s simple (unlike most other Elektron devices) and I see an opportunity for the music to be able to fit with it really nicely! Either that or some pretty awful techno music is about to happen but we’ll see…