Score completions! I’ve been working remotely with Stuart Beard, a colleague and friend of mine from London to complete a private commission for solo tuba.

I’m proud of how this piece has turned out, particularly as it’s the first ‘notes on the stave’ work I’ve completed since arriving. With the focus my work is taking at the moment, it can get a little foggy sometimes when you’re in the purely conceptual part of the process. So it’s nice to turn my attention towards something that’s just sound for a little while. 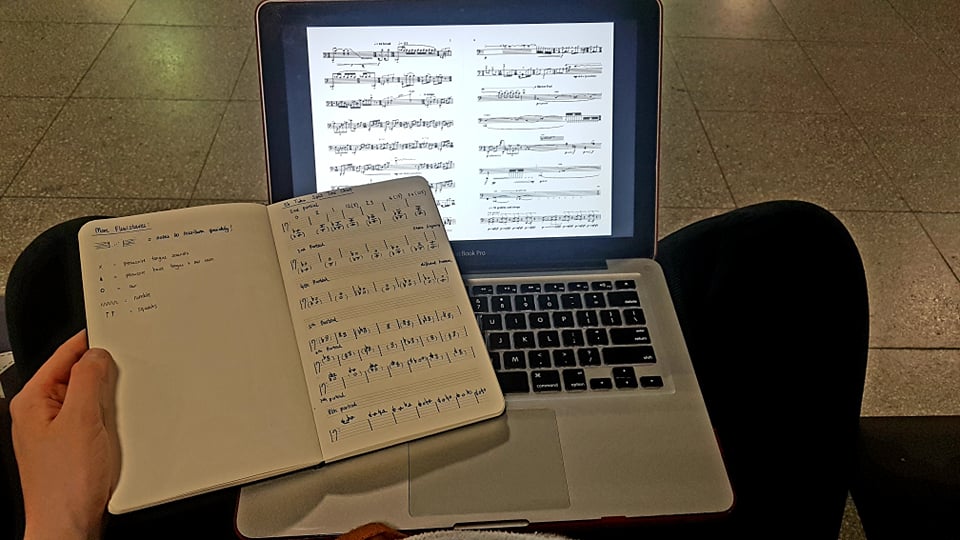 The piece is called ‘FATHER FIGURE’ and it’s a comment on our changing perceptions of what it means to be a father, particularly focussing on the role of masculinity, and challenging our fear of vulnerability. It’s a piece with a deep character; challenging, gentle, absurd and full of room for error!

Something new I’m trying with this work is that players have the option to perform the standalone concert version, or the theatre version. The theatre version is a slightly extended work which involves direction and additional tasks. Although the music is the same, it appears in a slightly different context.

What’s interesting about Stuart’s final recital is that he’s built it to consist exclusively of newly commissioned works for the instrument, with plans to make a studio recording at a later date. So the premiere of ‘FATHER FIGURE’ will sit along others in a recital on 29th May this year to complete his studies at the Royal Academy of Music.